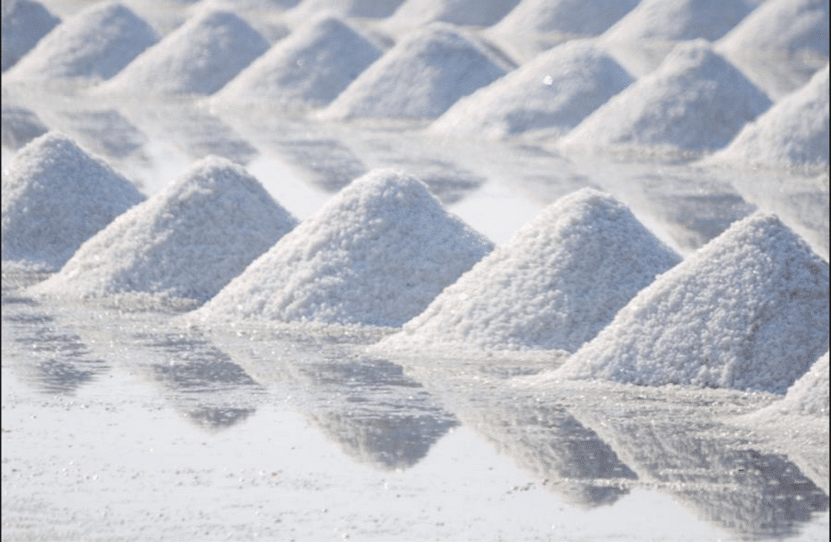 By aline_hawaiiApril 27, 2016chef
No Comments

These flavorful little grains have been given an unfair and rather disagreeable reputation over the past decades with health guidelines advising us to cut it out of our diet for fear of high blood pressure and other life-threatening conditions.

In reality salt is rarely the culprit for our over-consumption of sodium. It comes from the mountains of processed foods those eating the Standard North American Diet consume daily, where salt is used as a preservative and flavor enhancer to otherwise bland canned and pre-packaged goods.

In fact, salt in appropriate amounts is actually vital to your survival – it’s an electrolyte necessary for energy and transporting nutrients, and it helps your body retain water for use rather than flushing it out. In addition to this, certain unprocessed varieties of salt contain vital minerals, such as magnesium and potassium.

By now, you’ve probably (hopefully) ditched plain old table salt from your salt shaker in favor of more flavorful, unprocessed sea salt, but there’s a whole world of salts out there to discover. Here’s the low-down on all the salts you need to know:

Table salt: This is your average salt shaker grind, and if you ask us, it doesn’t really deserve a place in your kitchen. It’s sourced from salt mines and is heavily processed to remove minerals and sediment, resulting in a bitter, harsh-tasting grain with few health benefits. Table salt most often has iodine added to it, an essential trace mineral that aids in proper development and hormone production. The mineral is naturally occurring in soil and is therefore found in most vegetables, but an iodine deficiency in certain regions of the country caused governments to start adding it to table salt back in the 1920s to ensure the population met its nutritional requirements. These days, iodine deficiency is relatively rare, and the mineral is easily obtainable from a well-balanced diet.

Sea salt: Sea salt gained traction a few years ago, popping up in upscale restaurants and gourmet food stores before finally becoming mainstream enough to gain a place on the shelves of major grocery stores across North America. As the name suggests, sea salt is essentially the result of evaporated sea water. It’s minimally processed and preserves many of the trace minerals naturally present in the ocean, such as magnesium and potassium. It’s available in fine and coarse grinds, but real salt aficionados swear by the flakes.

Kosher Salt: Kosher salt is a coarse-grained salt made from the salt crystals. It is usually not iodized, but some brands may contain an anti-caking agent.Kosher salt’s original purpose was really to kosher meat, meaning to remove the blood from meat, so it’s really koshering salt. Certain salt companies labeled the boxes of this coarse salt kosher salt rather than koshering salt, and the name stuck. Many chefs prefer kosher salt (additive-free, coarse-grained) for cooking and sea salt for table use and last minute seasoning because they have a softer flavor than table salt.

Do’s and Don’ts of Seasoning with Salt

• Salt isn’t just for savory dishes! If your recipe doesn’t call for it already, consider adding a small amount (a quarter of a teaspoon, or to taste) of salt to cake, cookie and muffin batters. Salt accentuates and compliments flavors, so while you won’t taste the salt itself, it will make the star flavor in your dessert really pop.

• The volume of soups and stews reduces with cooking, making flavors more concentrated over time. Salt as you go and taste as you go, with a final salt check near the end of the cook time.

• Don’t underestimate the power of properly salted cooking water. Whether you’re boiling pasta, rice or vegetables, your water should taste as salty as the sea in order to properly flavor your food. Add one to two tablespoons of salt if you’re using a large pot.

• Ever wonder why a simple green salad tastes so much better when you order it in a nice restaurant? The chef’s secret is as simple as a pinch of seasalt. While it might seem odd to pass the salt shaker for a bowl of mescaline greens, the word ‘salad’ itself is actually derived from the Latin term for salt. While a pinch of salt to your finished salad will do, consider mixing it into your vinaigrette to evenly distribute flavor.

• Since sea salt consists of larger grains, you need to adjust the amount used when switching between table and sea salt. For every teaspoon of table salt use 1½ teaspoons of sea salt.

• Salt is often used as a natural cleaner, and it really shines when it comes to cleaning years of residue off your precious cast-iron pans. Bon Appetit recommends pouring a cup of sea salt into a warm skillet and using a folded kitchen towel to scrub away stubborn bits. Then, simply dump the salt, rinse and dry!

• Health Canada recommends keeping your sodium intake below 2,300 milligrams a day, which translates to just under a teaspoon. Keep an eye on your intake and limit (or better yet, eliminate) processed foods from your diet.

"I have had the pleasure of working with Chef Aline on multiple occasions in the destination Estates I managed. My clients have been from different parts of the world, with different tastes, but all upscale and very discerning. They were all more than satisfied and thoroughly enjoyed her food. In fact, one many-time return family to the islands proclaimed her to be the best chef they have ever had! I have been consistently impressed with Aline's professionalism and attention to detail. She is always accommodating and listens to the needs of the customers... and her presentations are impeccable! Making recommendations is always precarious as it is a personal reflection on myself, but when Aline is on the job, I never worry and am confident that my clients are in great hands!"
**Allison Pettersson - Destination Management & Concierge Services Honolulu, Hawaii** 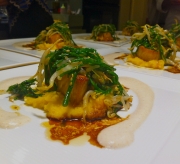 What is the difference a personal/private Chef and a caterer?

Honolulu private chef since 2008. Clean and Balance Menus. Fresh Whole foods. Know where your ingredients come from. Foods with integrity.

Look at these beautiful Papardelle from @ondapasta

We are thrilled to see our delicious Made in Hawai

Perfect addition to your thanksgiving buffet for t

Absolutely stoked on my first wine delivery with @

Our Coconut yogurts are now available for pick up

That’s whats up for tonite! Super simple but soo

Made in Hawaii Coconut Yogurts are back this Satur

Life Pro tip in the Covid era and the necessity of

Farmers market today! Stop in by! Kakaako is open

Get your dairy free Coconut Yogurt this week with 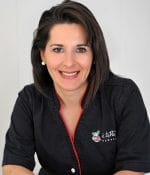 Established as a private Chef in Hawaii since 2008, Chef Aline has always been passionate and interested in cooking. Her adventures started at a young age in France where she was born and raised surrounded by an amazing array of culinary choices, which developed and guided her palate. As a young adult the adventure continued when she moved to the Islands and discovered the freshness of local ingredients and the availability of wonderful ocean harvests. All such an integral part of daily life.